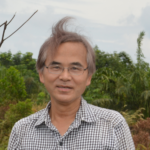 Short Profile
Dr. Kosuke Mizuno is a professor of development studies at School of Environmental Science, University of Indonesia. He is also an emeritus professor Center for Southeast Asian Studies (CSEAS), Kyoto University, and a visiting professor at the Research Institute for Humanity and Nature (RIHN). He has studied on people’s organizations, institutions, and economic development in democratizing Indonesia based on extensive field works. His publication includes Rural Industrialization in Indonesia, a Study on Community-based Weaving Industry in West Java (Institute of Developing Economies) in 1996, Populism in Asia (National University of Singapore Press, or NUS Press) in 2009, Direktori Serikat Pekerja/ Serikat Buruh Indonesia. Bandung, Indonesia: (Directory of Trade Unions in Indonesia), (Akatiga Pusat Analisis Social, Bandung), 2007. Catastrophe and Regeneration in Indonesia’s Peatlands: Ecology, Economy and Society, (NUS Press) in 2016, Sustainability and Crisis at the Village: Agroforestry in West Java, Indonesia. (the Talun-Huma system and rural social economy) (UGM Press) in 2016. He got Ph.D in agricultural economics at Kyoto University in 1994. He used to be a researcher at Institute of Developing Economies, Tokyo (1978-1996), and an associate professor at CSEAS since 1996, and a professor at CSEAS since 2003. He was the Director of CSEAS for 2006 to 2010. Currently he is the leader of research project of RIHN titled ‘Toward the Regeneration of Tropical Peatland Societies: Building International Research Network on Integrated Peatland Management”, inter-disciplinary study based on field works in Riau Province, Indonesia to conduct the rewetting and paludiculture in order to prevent the peatland fire, and to regenerate sustainable peatland society. 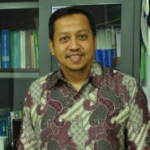 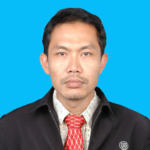 Short Profile
Dr. Prabang Setyono, S.Si., M.Si , C.EIA,.IPM holds a professional engineer intermediate obtained from the Indonesian Engineers Association, and was Certified on Environmental Impact Assessment. He got his doctorate from environmental science in the field of ecology at Universitas Gadjah Mada, Indonesia in 2006. He conducted his research by did a cooperation with JICA-Univ.Kagoshima, Japan and produced a Bioindicator of the Mangrove and Macrozoobenthos Community for Monitoring Ecosystem Degradation in the Central Kalimantan Mentaya River due to the Impact of CPO Waste. As an engineer, he discovered plant varieties, Crude Chlorophyll Porous Adsorber (CCPA)” as Gas Adsorber (2015, with Hari Setyanto), and industrial design, Environmental Insight Quotient (EIQ) as a Test Instrument (2013). He published books such as, Answering the Environmental Crisis (2007), General and Advanced Ecology Practicum Education and Training (2007), Education and Training Practicum for Environmental Pollution (2008), Understanding the Environment (2008), Becoming the Winner of Biology Olympiad (2010), LIMNOLOGY Practical Training (2011), Ethics, Moral and Environmental Suicide in Perspectives Ecology (2010). He also the editor of several books such as, Earthquakes, Environmental Damage, Policy and Strategy (2010), Water Resource Conservation (2012), Economic Valuation of Water Resource Conservation in the Southeast Region of Mount Merapi, Central Java (2012), Economic Valuation of Water Resources (2012), Iodine Supplement Improving the Intelligence of Preschool Children aged 25- 59 Months (2012), Introduction to Sustainable Management of Coastal Areas (2011). 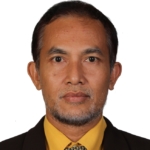 Short Profile
Dr. Eko Haryono, M.Si. currently serves as chairman of the postgraduate program in Environmental Sciences, Gadjah Mada University, Yogyakarta, Indonesia. He trained in physical geography and environmental science for about twenty seven years, with experience on karst geomorphology and hydrogeology. He also did a research about Sea level change reconstruction in Indonesia; Karst geomorphology, hydrogeology, and carbon cycle; Paleohydrography and Speleogeneis. He has done a lot of collaboration with industry sector in area of Groundwater Monitoring System in Limestone Quarry, Karst Hydrogeology and Karst Geomorphology. And also for other professional activities, he is a President of Asian Union of Speleology; one of Stearing Comittee Karst Commision of International Geographical Union; and Karst Commission Member of International Association of Hydrogeologist. 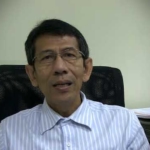 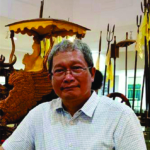 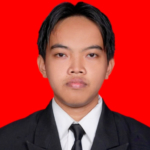 Dr. Herdis Herdiansyah is currently a full-time lecturer of School of Environmental Science of Universitas Indonesia, focusing on specific research cluster of social system and human-environment interaction. During his time as a student or lecturer, he has published many articles in reputable proceedings and journals, both national and international level. Aside from being a lecturer, he is currently editor-in-chief of ASEAN Journal of Community Engagement (AJCE). This journal is managed under collaboration of Universitas Indonesia, ASEAN University Network, and Universiti Kebangsaan Malaysia. Moreover, he is also an editor-in-chief of Journal of Environmental Science and Sustainable Development (JESSD) which has successfully published its first edition with varied affiliations. In line with his interest in the field of research and publications, he is also the team leader of several social-humanities based research, such as sustainability of smallholder oil palm management and also community engagement issues in developing countries. 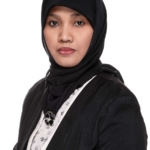 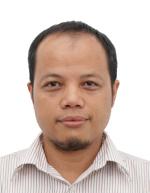 Short Profil
Dr. Ahyahudin Sodri is a lecturer at the School of Environmental Science, Universitas Indonesia. He teaches the courses of sustainable development planning, environmental modeling, and writing scientific research manuscripts. He acts as a managing editor of the Journal Environmental Science and Sustainable Development (JESSD). He holds a doctoral degree in environmental sciences from Universitas Indonesia (2017). His research interest is environmental modeling, smart-sustainable cities and communities, energy-economic-environment nexus, energy-water-food nexus, and sustainable consumption and production. The system dynamics modeling used for his research methods, but he also benefits from the other research methods, such as the statistical methods, multi-criteria decision analysis (MCDA), and life-cycle cost analysis (LCCA).